Looking back while moving forward – we are in a period of transition and we are unlikely to travel for a while.  Given the pandemic, that is probably a good thing. As I winnow out a bunch of old photographs, here is a look back. 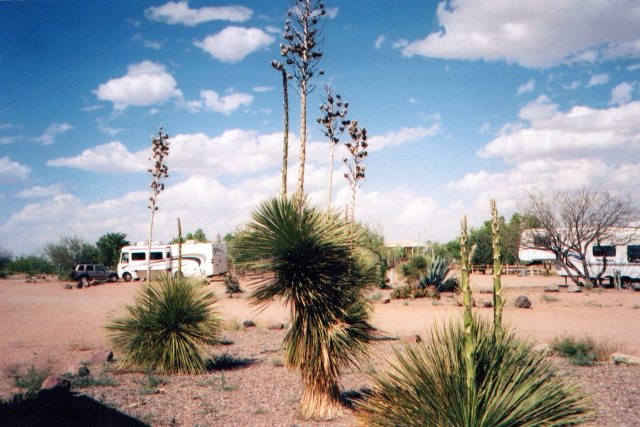 Many people might have an image of Pancho Villa as a bandit.  He saw himself as a revolutionary leading his Division of the North against Mexican President Venustiano Carranza.

Having lost a major battle in 1915, the 1500-man division was low on ammunition and other supplies.  Villa decided to stage a raid against Columbus, New Mexico, a town of about 300 Americans and around the same number of Mexicans who had fled from Villa.

Believing there were only about thirty U.S. soldiers present, Villa led a force of 600 men – he didn’t have ammunition for all – against the town on March 9, 1916.   Attacking around four in the morning, he caught the townspeople and soldiers asleep and set about burning and looting the town.

However, the US force, the Thirteenth Calvary Regiment, actually had 12 officers and 341 men. Although a large number of those troops were out on patrol, the ones in Columbus rallied.  They were well-armed and had a machine gun squad.  They were assisted by many of the town’s armed inhabitants.

The battle lasted about ninety minutes before Villa and his forces withdrew pursued into Mexico by the regiment’s Third Squadron until they too began to run low on ammunition.

Photo from the El Paso Museum of History

The U.S. responded by placing one hundred thousand soldiers on the border and sending a “Punitive Expedition” led by General John J. [Black Jack] Pershing into Mexico after Villa.  They sought him unsuccessfully for six months before returning to the U.S.

Many feel both General Pershing and President Wilson regarded the Expedition as a training exercise before the U.S. entry into World War I.

Wandering about southern New Mexico with our trailer in 2005, Alie and I decided to visit this little town.  It was a different era.  We were able to freely walk across the border into Las Palomas, Mexico [Villa’s base before the raid] and buy a ceramic parrot we still own.  But perhaps the highlight of the visit was a conversation with the son, age-78, of a rancher who was acquainted with Villa and rode with him as a boy. 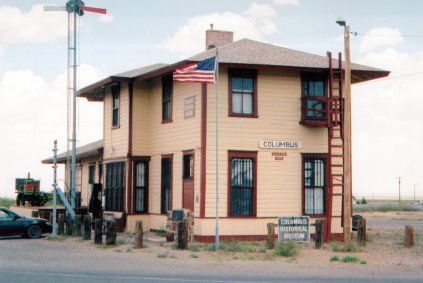 Rail station was here when Pancho Villa raided, the last foreign troops on US soil.

Solid rubber tires on this pre-WW I truck.

Ray and Alie (Ralie) are a retired couple who love to travel. Even during our working years, we squeezed a trip in whenever we could, often when we had to stretch the budget to do so. We have been fortunate to vacation in all 50 states, all the provinces of Canada and one territory and a little more than 50 countries. We like to drive, but we particularly love to travel back roads to find unusual sights, people, and experiences.
View all posts by ralietravels →
This entry was posted in Travel Logs and tagged Columbus, General John J. Pershing, New Mexico, Pancho Villa, Travel. Bookmark the permalink.

This site uses Akismet to reduce spam. Learn how your comment data is processed.