Joseph J. Kaspar, an Emmy-winning NBC television engineer, spent years researching the 1947 Ringling Bros. and Barnum and Bailey Circus train.  He collected 1105 photographs.  Remarkably, he also obtained the original conductor’s notebook listing all the cars and what they contained.  He then proceeded to build an HO scale model of the train, handcrafting everything, even the passenger car windows.

1947 was the last year the train was painted red and yellow.  It was also the last year 6-pole tents were used for the big top and menagerie.

Everything was designed for maximum efficiency in unloading.  The draft horses even traveled in their harness to minimize time needed to get to work when they arrived.  The harnesses were removed later when they were fed and watered.

In addition to the people, the animals, and the equipment and rigging to put up the tents, the train carried a travelling city: wardrobe, tailor, sound and electrical shops; sanitation; the cookhouse and diners; stages, and circus rings; fuel trucks and buses; and customer seating. 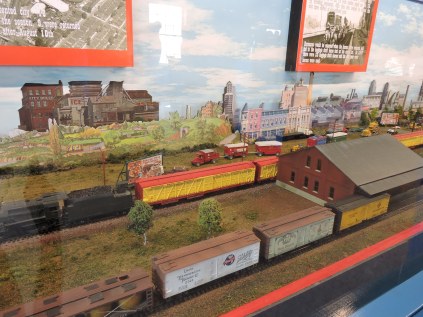 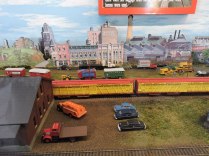 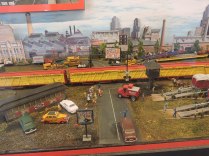 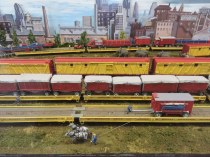 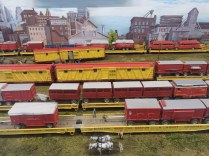 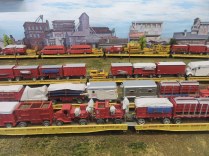 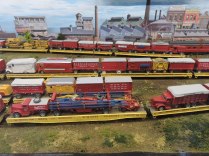 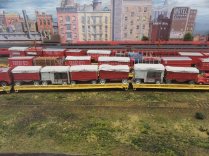 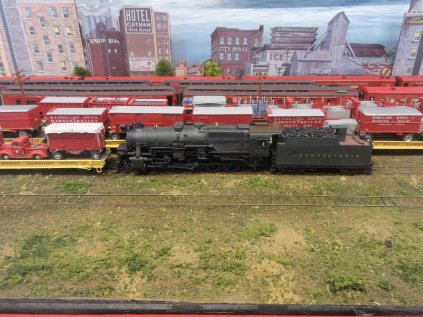 Ray and Alie (Ralie) are a retired couple who love to travel. Even during our working years, we squeezed a trip in whenever we could, often when we had to stretch the budget to do so. We have been fortunate to vacation in all 50 states, all the provinces of Canada and one territory and a little more than 50 countries. We like to drive, but we particularly love to travel back roads to find unusual sights, people, and experiences.
View all posts by ralietravels →
This entry was posted in Travel Logs and tagged Circus trains, Circus World Museum, Craftsmanship, HO scale trains, model trains, Models, Travel, Wisconsin. Bookmark the permalink.

This site uses Akismet to reduce spam. Learn how your comment data is processed.